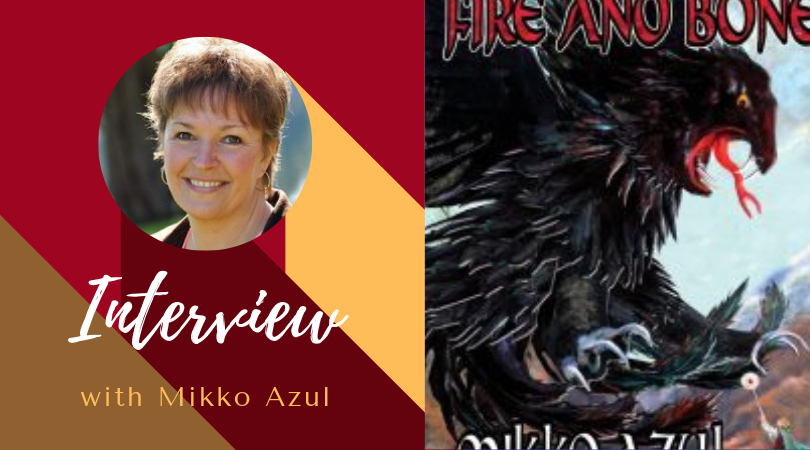 Mikko Azul shares her inspiring story as a writer of two enchanting novels. Listen now to hear about her new novel The Staff of Fire and Bone.

Mikko Azul wrote her first book in second grade, proudly scribbling the cover with crayons and binding with yarn. She has always pursued knowledge of magic, secret societies, the occult, science and spirituality. As an adult, her tastes broadened to include historical fiction and action-adventure. These influences can be found in her epic fantasy novels.

Mikko was raised in the Pacific Northwest. She has traveled broadly and served in the United States Marine Corps, and does SCUBA diving, hiking, and Kung Fu. Her debut novel Askari won a Moonbeam Children’s Book Award and took first place at the San Francisco Writers Conference. She lives on the shores of Puget Sound with her three sons.

The first book of her new series, The Staff of Fire and Bone, came out in January 2018 from Not a Pipe Publishing as part of the publisher’s participation in Kamila Shamsie’s challenge to make 2018 “The Year of Publishing Women.”

Listen to the week’s episode of Sentence to Paragraph below, on iTunes and Podomatic.