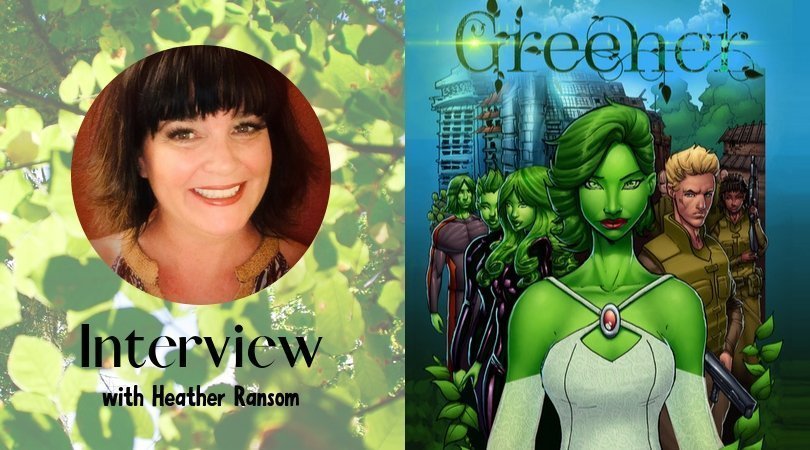 *This is a re-release of an interview with Heather Ransom in celebration of the release of her new book Greener! Listen to this interesting episode of Sentence to Paragraph below!*

Heather Ransom is a science fiction writer and educator. When not teaching middle school science, Heather enjoys exploring the great out of doors in Oregon. Her most recent book is Going Green. The sequel Greener will be out in mid-2018 as part of Kamila Shamsie’s challenge to make 2018 “The Year of Publishing Women”.*

You can listen on iTunes or Podomatic or listen now.

While Heather broaches hot topics like GMOs and civil disobedience or even violent resistance movements, she steers clear of taking a stand:

“Trust your readers. They’re smart. They don’t want you to give them the answers.”

ON WRITING AND LIFE

Congratulations are in order! Heather’s debut novel was nominated for a CYBILS (Children’s and Young Adult Blogger’s Literary Awards) award.

Learn more about Heather at heathersransom.ink

* “Not a Pipe’s resolve to participate in the Shamsie Challenge is an important one. From Harper Lee’s To Kill a Mockingbird to J.K. Rowling’s Harry Potter series, from Ursula Le Guin’s A Wrinkle in Time to Margaret Atwood’s Handmaid’s Tale, and from Alice Walker’s The Color Purple to Suzanne Collins’ Hunger Games, women have opened our eyes to the world that we live in as well as to worlds that expand our imaginations. Today, more than ever, girls desperate to find their place in a society constantly changing around them need a wide variety of incredible females as role models. Strong, confident, inspiring women to show them that their future can be anything they choose, if they are willing to work for it. Writers bring hope to their readers, giving them a world they can return to over and over again. I believe it is captivating fiction that expands our compassion and creativity, and leads us to push ourselves and others in new directions. And, I believe that young women today need strong female voices to guide them on their journey not only of survival but of self-discovery, appreciation, acceptance, and love.” – Heather Ransom