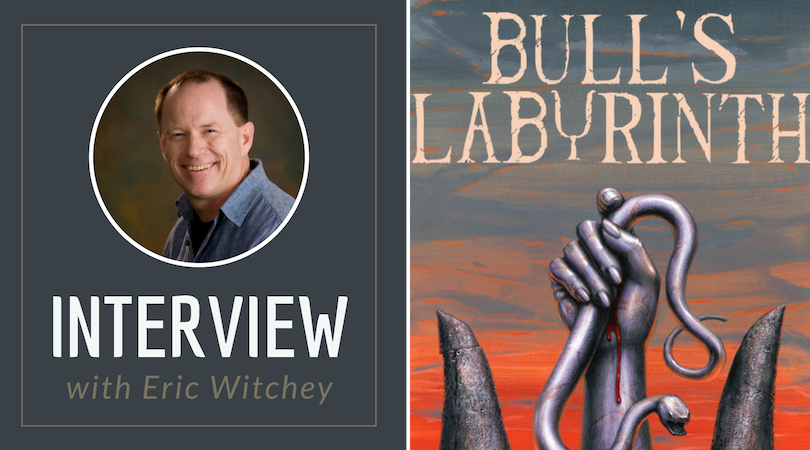 We had so much fun talking with Eric about many things, but especially about his new novel Bull’s Labyrinth. (Eric reads the whole first chapter—so, so good!)

In this episode of Sentence to Paragraph, author Eric Witchey talks about tackling duel POV, the long road to publication, the absurdity of writers who don’t read, and more.

Eric Witchey has sold more than a hundred short stories in many genres to publications like Clarkesworld, Writers of the Future, Writer’s Digest, and many others. He has published four novels. His most recent novel is called Bull’s Labyrinth. He also recently published a collection of short stories called Professor Witchey’s Miracle Mood Cure. Eric has been a working writer and teacher of writing for more than twenty-five years. He is a native of Oregon, and currently lives in Salem, Oregon.

Surprise tip: The value of critique groups is to learn from analyzing other people’s work, not having your own work critiqued.